According to the UN, gender-based violence refers to an act perpetrated against a person’s will and based on their gender. It refers to threats of violence and coercion that can be physical, emotional, psychological, or sexual in nature. Women across the world experience gender-based violence. According to the Palestinian Central Bureau of Statistics, in Palestine 60 percent of married or previously married women between the ages of 18 and 64 experienced violence at the hands of the Israeli military personnel or Israeli settlers and 27 percent of the same population experience at least one form of violence. Because GBV affects the lives of women and girls, PWWSD has made it one of the organization’s cornerstone themes. This thematic area is directly related to our second objective: “Eliminating discrimination against women and girls by combating gender-based violence within Palestinian society and promoting women’s peace and security in accordance with international human rights laws and agreements.” PWWSD provides support to rights-holders such as women, men, youth, local and international organizations. In addition to duty-bearers such as social workers and government and institutional officials. PWWSD has ushered in projects that provide women and girls with knowledge about their rights, avenues to protection, and gender equality. We also provide psychosocial and legal services to victims and survivors of GBV. PWWSD is a GenCap certified expert in the field of promoting gender equality in humanitarian actions, providing training to both rights-holders and duty-bearers. Finally, PWWSD participates in and leads campaigns that advocate and lobby for frameworks, legislation, policies, and procedures that protect women and eliminate discrimination and violence against women locally, nationally, and globally. 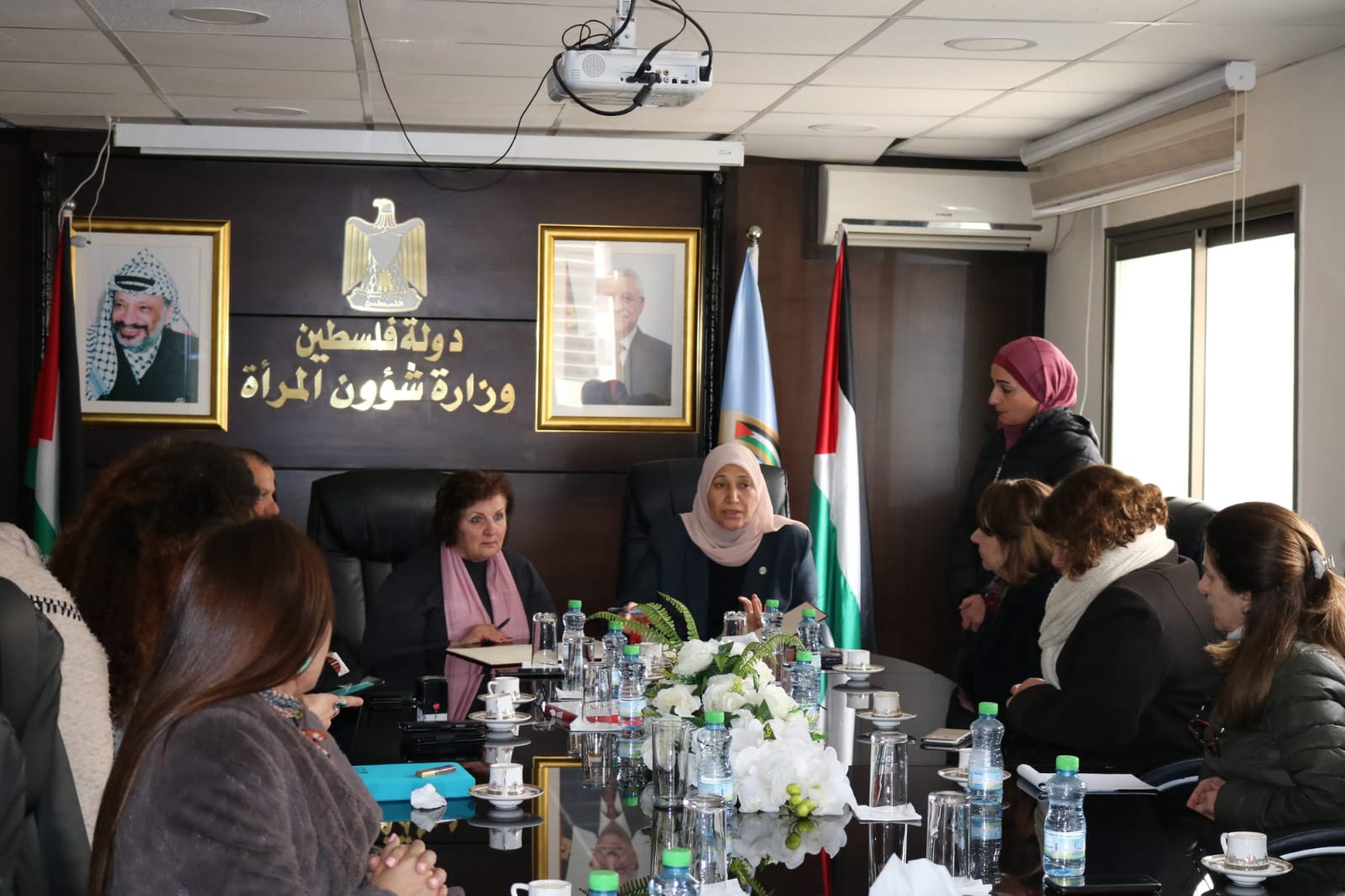 (January 2020: PWWSD Executive Director Amal Khreishe signed a memorandum of understanding with the Ministry of Women's Affairs regarding the project "Combating Violence against Women and Girls in the Southern Mediterranean Region," which aims to utilize a rights-based approach to promoting gender equality.)