Since the establishment of PWWSD in 1981, PWWSD has witnessed significant institutional, programmatic, and geographical growth and expansion. It has been working at community, national, regional and intentional levels. To this end, PWWSD works in all governorates in Gaza and the West Bank with focus on peripheries of Jerusalem, Area C, Bedouin communities that are areas affected by settlements and settler violence. Based on its human rights approach, PWWSD is attentive to the needs of the groups left behind in most marginalized areas. The right holders of PWWSD programs include working women in informal sectors and rural areas, housewives, women victims and survivors of violence, their families, especially children, women members of local authorities and shadow councils, women and youth, community-based organizations who’s mandated to serve women and girls in the communities, counselors and social workers, children, young people and teachers in schools and academic institutes, and women in cooperatives. PWWSD also works with local, national, and regional women, human rights organizations, activists, members of former parliament, political parties, social movements and coalitions, governmental bodies, media, academia and more. Since its establishment, PWWSD has been successfully developing women empowerment and protection programs through the support of a variety of international and local partners.

One of the main cornerstones of PWWSD is increasing Palestinian women’s total political, economic and social empowerment across Palestine. This aligns with the organization’s mission of empowering Palestinian women and girls on individual and collective levels to deeply be engaged in decision-making processes which can impact their lives and communities. Regarding political empowerment, PWWSD believes that increasing women’s political by increasing the number of women in public office and political parties and providing leadership trainings and support would enable women of all ages and men to take part of all levels of the various decision-making processes and governance structures. The objective of this political empowerment work is to help shape a democratic political system that incorporates gender equality in Palestine.

Additionally, PWWSD works to increase rural women’s access to the markets, build the capacities of women’s cooperatives, close the wage gap, and ensure women’s labor rights. PWWSD does this through workshops and trainings on women’s rights and gender and disability rights mainstreaming activities as well as through providing opportunities for employment and mentorship.

PWWSD works extensively to protect women from GBV and empower them to reduce the stigma on accessing necessary psychosocial health, and social services and to challenge the patriarchal behavior and social norms they encounter in their daily lives. 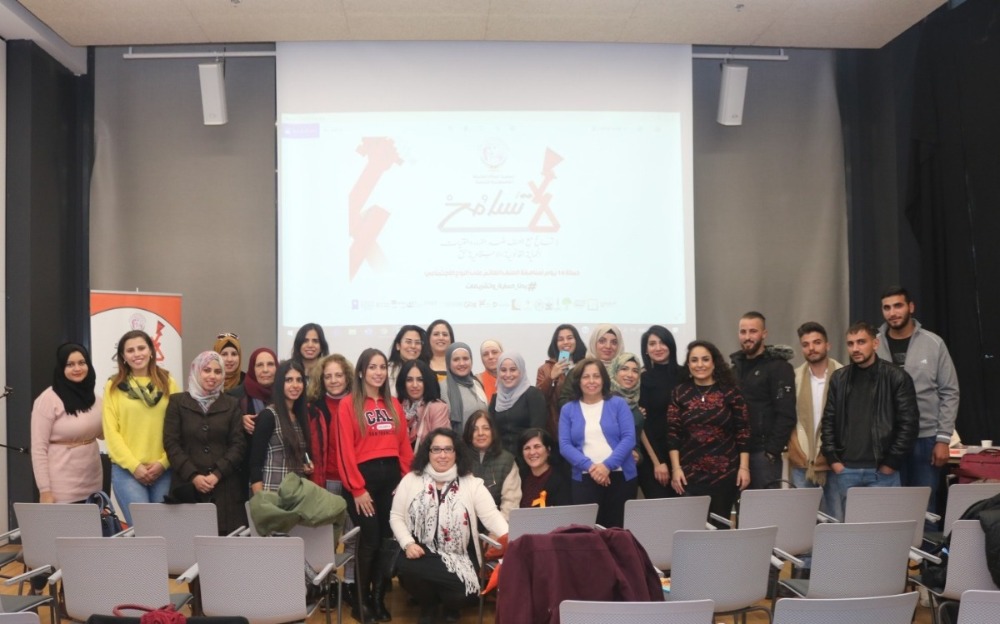 (Staff and supporters of PWWSD at the closing event of the 16-Day Campaign Against Gender-Based Violence, December 2019)